Rosen Karadimov is an attorney at law since 1989 and Member of Sofia Bar since 1995. He has been acting as a legal advisor to various companies, banks, developers, export credit agencies and government agencies. He has been advising on all relevant aspects of mergers and acquisitions, joint ventures, spin-offs and restructurings. He has advised private and public companies, financial institutions and other investors on mergers, acquisitions and other business transactions, partnerships, consortia and other joint venture agreements. He has advised the Bulgarian government and foreign investors, developers, operators and financial institutions on privatization issues in Bulgaria.

Being a member of the Grand National Assembly (the Body which adopted the latest Constitution of the Republic of Bulgaria in 1991) and a member of the Council of Legislation with the 36 th National Assembly, Mr. Karadimov has been the leading expert of numerous working groups that have drafted a major part of the Bulgarian legislation, inter alia, the Commercial Act, Banks and Credit Act, Stock Exchanges and Investment Companies Act, Privatisation Funds Act, Transformation and Privatization of State and Municipal Enterprises Act, Concessions Act and many other acts of primary and secondary legislation. 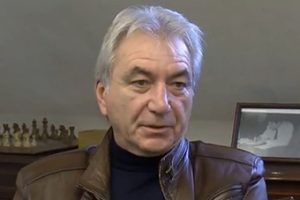